Darwin’s only outdoor cinema – Deckchair Cinema – was opened on 1 June 1994 by the Darwin Film Society. It's first home was near Stokes Hill Wharf, but within nine years had outgrown its location. In 2003, we re-opened at our current home on the Darwin Waterfront.

Outdoor cinema has been part of Darwin for more than 100 years!

On 29 March 1912, the Northern Territory Times & Government Gazette reported that:
the Palace Picture Show concluded a series of Darwin entertainments on Saturday night. From Tuesday 19 to Saturday 23 March, Darwin residents were treated to a series of short films, interspersed with solo playing on the violin and singing by Miss Derde, daughter of the proprietor of Palace Pictures.
This seems to have been Darwin’s first official film screening. No mention was made of where it took place. After staying for those five days, Palace Pictures and all involved with them left for Sydney by ship on Sunday 24 March.
On 22 February 1912, the first permanent picture-house, the Don Picture Theatre/Stadium, opened at the back of Gordon’s Don Hotel, on the site of the current ABC studios in Cavenagh St. It was little more than four walls of corrugated iron open to the weather, with a screen at one end. It was also used for boxing matches. It screened films on Wednesday and Saturday nights and promised,
...pictures romantic, pictures realistic and charming glimpses of the beauty spots of the world.
NT Times and Government Gazette, 27 February 1913
The holding of benefit nights for the various sections of the community was soon established with one example being on 7 April 1915, when the Don held a ‘Benefit Night in aid of a new acetylene Gas Generator of Christ Church’ (NT Times & Government Gazette, 1 April 1915), as well as making a donation to the Belgian Nuns Fund.
This kind of community support was later continued by The Star, and is now maintained by the Darwin Film Society with its weekly fundraising nights and involvement of various sections of the community in other events.
The Don closed in 1932 because of competition from the purpose-built Star Cinema, which opened in 1929.

Nights at the Star

The Star, managed by Tom and Heather Harris, became a well-loved part of Darwin. Heather Harris (nee Bell) played the piano while her husband operated the projector. An acrobat, dancer, and teenage owner of one of the first Harley-Davidson motorbikes in the Top End, she scandalised the small community with her pranks before marrying Tom in 1932.

Wednesday was ‘Ranch Night’ and it was particularly popular, not only with visiting stockmen, but also with the Aboriginal population who would come from everywhere, paddling from Mandorah and even the Tiwi Islands in canoes. At the time, the movement of Aboriginal people was controlled by the Aboriginal Ordinance Act 1918-1928. The Chief Protector of Aboriginals regularly placed ads in the local paper giving an exemption on Wednesday nights allowing Aboriginal people to be in town after 8pm ‘on the occasion of the Moving Picture Exhibition to be held at the Don Picture Theatre …and the Star Picture Theatre.’ (GN 77/30 Northern Standard, 7 March 1930).
The Star was a focus of community activities and events with parties for adults as well as children taking place there. Darwin’s first talkie was shown at the Star in May 1933. The Star screened movies until it was severely damaged by Cyclone Tracey in 1974.

Apart from the Star, there were several other outdoor cinemas operating in Darwin during the 1940s, most of them rudimentary affairs operated by the Defence Department for the benefit of Defence Force personnel. Two venues further broadened the options for cinema-goers in Darwin:

1) The partially open-roofed Parap Cinema, was also operated by the Harris family and local businessman Michael Paspalis and located in 36 Parap Road – on the site of the present-day Crust Pizza (2018) and the TAB;
2) The Nightcliff Drive-in, also built by Michael Paspalis, which stood where Woolworths supermarket is now located.
All permanent open-air cinemas, such as the ones listed above, have since vanished. Outdoor cinema lives on in Darwin, however, not only with Deckchair Cinema but also pop-up or inflatable outdoor cinemas for hire, such as those operated by local companies including Outbush Pitchaz, Solar Cinema and Giggling Geckos.
Temporary pop-up open air cinemas have become an increasingly common fixture of local culture, and you can often find screenings held at places like the Darwin Waterfront, Nightcliff Foreshore and George Brown Botanic Gardens.
… Words taken from Flix in the Tropix, Darwin Film Society’s History Book 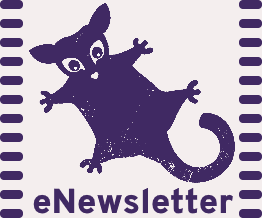 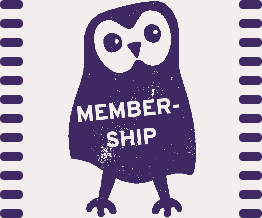